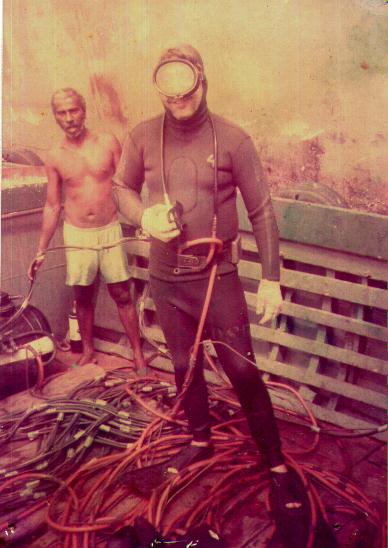 It’s September, and after many weeks of sporatic calls,
hits and misses, Alcir comes back around to the himself
that I know and love, and begins talking.

He’d had a job for a short while… one he loved, working in
the Bay, laying some sort of lines… I think it was electrical,
and he was ecstatic.

That didn’t last too long.  The funding got cut, the project was
dropped, and he was completely in the dumps again.

Still, there were the classes now,  the ones for a
Captain’s License, and that gave him hope.

Back in August, he called after spending time in the bar,
explaining celestial navigation….
…. a crowd had gathered…he had felt so proud.

Then he began lamenting about his daughter, and at last he
cried, sobbed uncontrollably.
I felt grateful that he could do this with me, but more so,
I was happy for him that he got some of this pain out.
As a woman, I know how important it is to cry.

Now the daughter came up again… it was eating away at him,
as the mother and he were so at odds, she wouldn’t allow him
to take her, or even see her.

He went on to change the subject…

“When I met you that first time, I was scared… but every time
I turned around I thought of you…and then that 4th of July,
when we did it for real…you fit like you…it…was made for me…
you’re my woman…
…an  now, I wanna be with somebody who shows me how
it is to feel that…
I wanna be with somebody who loves me like you love me…
Oh, I’m gonna put on Frank Zappa records, and fuck you…”

“So Hunter S Thompson died…… an they shot his ashes out
of a cannon like he wanted….oh that’s beautiful!
I want my ashes to be blown out of a cannon…
play a bugle ……play anything…
Saints go Marchin in………..Me and Bobby Magee…
I don’ care…just get me outa there…”

“When I die, I’m gonna sign a paper that says to donate
my liver to science… they need to study me…I’m not normal.
I’m a guzzling V8, built to last.  ”

“I nearly beat the British world record for diving, 419 meters.
I made it to 413…..that was with professional diving equipment,
helium and nitrogen.”

“In my first free dive, I broke 75 meters!  the guys on the boat
didn’t believe me, so I followed the anchor back down, an
brought back some dirt, so they’d know!
I’m not a normal man, babe.  ”

“I don’ believe in God, macumba, gnones, santa claus …
…nothing…but one thing I believe in is a man’s envy….
they give you the Oro Grande…. the Big Eye…
an then I shut up an have another drink.
It’s a man’s ability of another man to kill with envy….  ”

Then, as he closed for the night, the tenderness came…